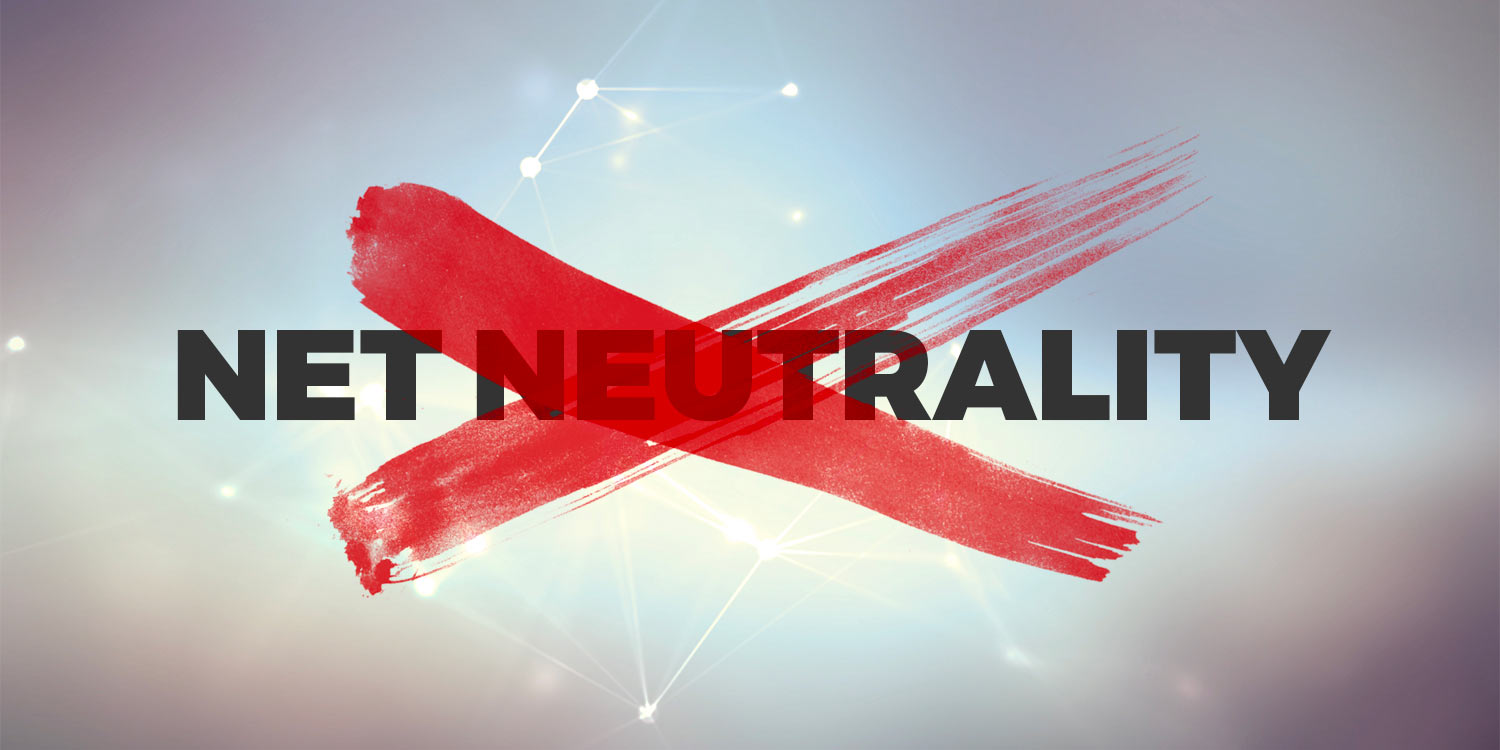 Goodbye Net Neutrality: Is the Adult Affiliate Industry in Trouble?

Yesterday, the FCC voted to gut Net Neutrality rules. This decision might have a ripple effect for years to come. Is the sky falling for online affiliates and the adult industry?

The very foundation of the Internet has been built on the principle of freedom.

This is also why the Internet hasn’t been sold in bundles yet, similar to what happened with cable television.

Imagine having to shell out more for accessing social media (Facebook, Twitter, etc.) or your favorite music websites.

Or being singled out as a webmaster because you didn’t pay to be in the fast lane.

Without Net Neutrality, the Internet as we know it will fall apart.

Corporations will eat it alive.

So What Happened Exactly?

As a result, ISPs will have the power to segment and control your online experience.

Here’s what providers will be able to do without Net Neutrality:

This new development could be the straw that broke the camel’s back.

The End of Adult Entertainment Online as We Know It?

Without regulations, corporations are able to discriminate against specific websites and/or industries.

It’s no secret that the adult industry is already heavily stigmatized.

Repealing Net Neutrality could change the industry as we know it.

As a matter of fact, it might turn the entire Internet ecosystem flat on its head!

For years, free Internet access was taken for granted.

This is about to change.

With ISPs basically having carte blanche over your Internet habits, prepare for the inevitable rising costs of your traffic favorite services.

What Does Net Neutrality Changes Mean for the Adult Affiliate Marketing Landscape?

In a nutshell, it will become a pay-to-play business model.

Here are some of the ramifications to expect:

Adult traffic has been known to be less expensive than mainstream traffic. The fact that Internet giants such as Facebook and Google look down on adult traffic contributed a lot to this fact.

However, if Net Neutrality gets abolished in the US, it will create a huge opportunity for Internet providers to make more money out of adult traffic by either providing fast lanes for the biggest adult websites and/or providing new privacy services.

The value of US traffic could soar, making it way more difficult to achieve a good return on investment (ROI) for Media Buyers.

As a webmaster, the absence of Net Neutrality means that you won’t be able to compete against the biggest websites of the adult industry to drive traffic.

It could spell trouble for your efforts. After all, this is a whole new world where the rich get richer, and the weak bite the dust.

Imagine having spent a lot of money, time and effort on your SEO strategies. If you’re not in the Internet’s fast lane, all could be for nothing.

Page load time is a critical factor for search engines. If you can’t afford the fast lane, you’re as good as dead.

It’s not a stretch to say a lot of people will suffer, starting with the consumers.

So, What Should We Do?

Thankfully, it’s not all doom and gloom.

There’s still a glimmer of hope.

Congress can overrule the FCC decision by passing a “resolution of disapproval”. All it requires is a simple majority in the Senate, which is easier than passing a law.

If you are an American citizen, we urge you to fight for the future of the Internet.

I’ll be fine here in…

Living outside the US? You’re also concerned.

A lot of countries love to ape America, for better or for worse.

You can bet ISPs around the world are frothing at the mouth, ready to pounce on their customers.

They finally have a precedent, a poorly-veiled excuse to jack your rates and tear apart one of the most important invention in mankind history.

What do you think of Net Neutrality? Let us know in the comment section below.

Next article SEO: 6 Tools to Skyrocket Your Traffic