What are some of the most common misconceptions about affiliate marketing? Debunking widespread myths in the industry so you get a clear picture.

Although the concept is nothing new — with brick & mortar merchants offering discounts for customers referring clients to their business, for instance — Internet revolutionized advertising as a whole. It made life easier for advertisers by streamlining their efforts while allowing them to reach new markets.

Without further ado, here’s some of the most prevalent myths still plaguing this industry.

By now, you’ve probably heard of the Amazon Associates program, which debuted in 1996. That’s more than two decades ago! People incorrectly think this is how affiliate marketing was born.

The truth is, it all started with a man named William J. Tobin  — known as the father of affiliate marketing. In 1989, he launched his own affiliate program on the Prodigy Network for his company PC Flowers & Gifts. He later patented the idea, which has been issued in 2000.

Also preceding Amazon was CDNow with its BuyWeb program in 1994. The idea was to display links on independant, dedicated music sites, thus enabling remote purchasing. Geffen Records wanted to sell its artists’ CDs from its own site, without having to deal with the technicalities. The alliance between CDNow and Geffen Records gave birth to one of the earliest recorded affiliate marketing strategies.

Myth #2: You Need to Be Tech-Savvy to Succeed 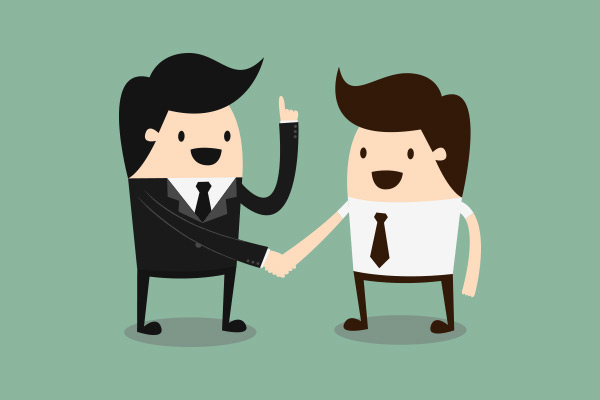 This is a big one and couldn’t be more wrong. As long as you’re able to sell something, you’ll do just fine with affiliate marketing. There are tons of affiliates out there who started with minimum knowledge of computers, yet have been able to generate sizable income. How so? Through hard work and dedication.

Look, it helps if you’re able to code your own landing pages, know what the latest buzz on social media is and can optimize content for SEO, but it’s not required.

What you do need is a will to succeed. We often think of affiliates as Internet gurus who’ve been in the business for a long time. While this is certainly true for some, most affiliates have been around for less than 3 years.

“It ain’t over till the fat lady sings.” Remember that one?

If someone discourages you from trying affiliate marketing, there’s usually two reasons: they don’t want more competition or they know how cutthroat it can be so they’re kinda saying it’s not worth the hassle.

Fortunately enough, this business is still wide open, welcoming a stream of new players every single day. Affiliate marketing drives up 16% of US e-commerce orders and is expected to become a $6.8 billion industry between now and 2021.

New opportunities arise on a regular basis; there will always be room for newcomers because the market is almost infinite. As long as you provide value, you’ll find a way to turn a profit through affiliate marketing. 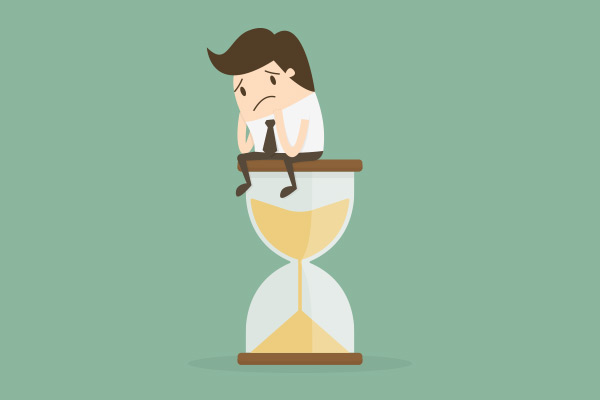 Well, it’s not. Just like any business really, you’ll need to put in the effort if you want to see results. There’s no magic wand here: it’s all about perseverance, dedication and learning how to adapt.

You read above how the industry can withstand a constant influx of new affiliates. One of the reasons is because of how hard it can be, especially when you’re just starting out. Here’s a few pointers to set the record straight:

So if you’re serious about this business model, prepare to face — and hopefully, overcome — many challenges.

Myth #5: It Requires Lots of Money to Begin With

One of the most persistent myths about affiliate marketing is that if you’re broke or can’t spend a sizable amount on media buys, don’t even bother. Without going as far as saying you’ll be able to get away without spending a dime, it’s entirely possible — and achievable — to be successful with a tight budget.

Charles Ngo, considered one of the top influencers in affiliate marketing, started out with only $500 per month. Also, a majority (64%) of small business owners in the US start with less than $10,000. Even though you might feel like running a 1:1 comparison between your online activity as an affiliate and starting a business isn’t accurate, both are actually pretty close.

Remember that being an affiliate is taking control of your own destiny: it’s entirely dependant on the efforts (and money) you invest into your activities, just like when you’re starting a business from scratch. Maybe you consider affiliate marketing as a sideline; in any case, it’s business and you can be profitable without being heavily indebted. 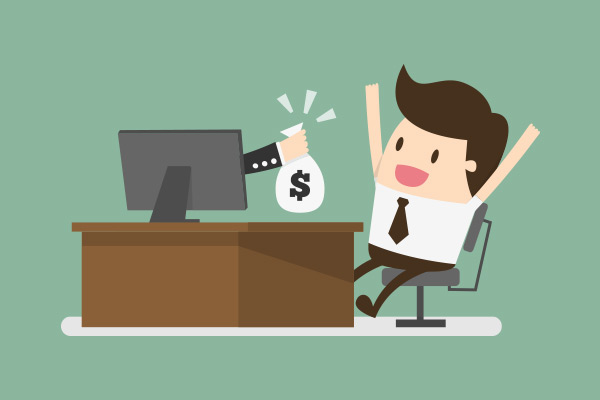 Maybe in some cases a bit of luck is involved, but success requires skill. Not necessarily of the tech-savvy type, but skill nonetheless. Believe it or not, most affiliates dedicate a lot of their time researching, testing and perfecting their craft.

Yes, if you bought a great single dictionary word domain 20 years ago you might have it easier, but nothing is automated or guaranteed… ever. As they say, you make your own luck. Usually, if you consider success to be a coin flip, it’s more a reflexion of your own failures — a pretext you use to explain why your own business isn’t blooming.

However, you know that our world is not entirely black or white. If you have an hour of free time, consider watching Michael Mauboussin’s The Success Equation:Untangling Skill and Luck. It’s a talk about the weight of luck from an investing and managing perspective. We’re sharing it because we want you to think critically about the matter and come up with your own conclusions.

“A great salesperson can sell anything.”

On the one hand, new affiliates might be tempted to follow trends and invest their time in what works for others. After all, the goal is to minimize risks, right?

On the other, that’s kinda like admitting you can’t be bothered to find your own path. And as an entrepreneur, whether you like it or not, you must be a trailblazer.

At least, strive to be one.

Read that quote above again. If you have the passion, you’ll find a way to turn anything into gold. Unlike with King Midas from Greek mythology, it won’t be a curse. And if you think your favorite niche is saturated, think again: it’s all about how you add your own twist. Because let’s be honest: if a niche is considered “saturated,” it means the demand is high.

As an affiliate, you want to solve someone’s problem. How you will do it is up to you. 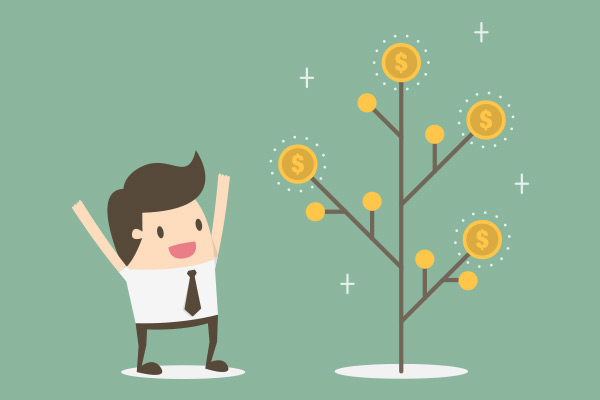 Who wouldn’t want to strike gold on the first try? We see how some super affiliates are making mad bank — sometimes as much as $100,000 per month or more — and think it might happen to us overnight. You want to boast about buying the latest Tesla model or take a selfie with your McMansion.

Reality check: super affiliates or for that matter, any successful affiliate (as in, who makes money online) worked their asses off to reach the point where they are today. If you’re blogging, sales might only pop up after the 3-6 months mark. Do you see the problem? Oftentimes, you’re being fed a pipe dream — deliberately or otherwise.

Wake up from this “nightmare” by realizing that affiliate marketing takes time. And dedication. And planning. And effort. You get it now — it’s not exactly what you would call instant gratification.

Myth #9: You Must Be from a Specific T1 Country

The confusion here comes from the fact that what we call T1 countries — Canada, USA and UK for example — have more valuable traffic. So affiliates think that if they’re from Africa, India or another “lower-tier” region, well then, they think they just can’t hack it in this biz.

We’ve talked about luck. Where are we born is outside of our control, we all know this. Learning to make money online and taking action is your call, however. You might be in for a bumpier ride, but in the end, you’ll still able to find your way no matter where you live! 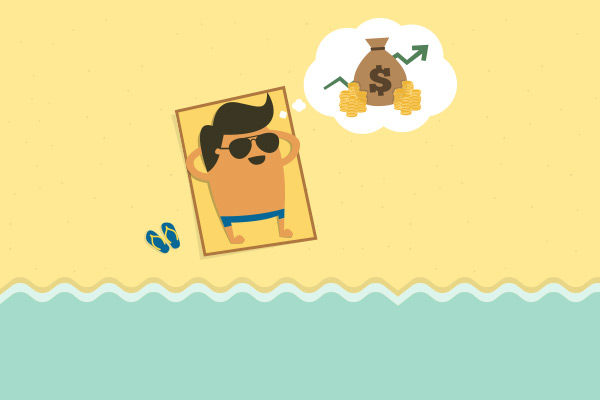 Laying on a beach chair, taking a sip of piña colada while watching your bank account grow doing nothing but enjoying life.

The truth of the matter is, unless you win the lottery, this is unlikely to be you.

Passive income might be the ultimate goal you’re pursuing. Do know that there’s no such thing: affiliates need to adapt, no matter how lucrative their campaigns, blogs, you-name-it are. The upkeep costs to remain competitive are REAL.

This is normal because there are literally millions of predators in the jungle we call the Internet — sometimes hunting down the same prey.

So while you’re relaxing, others are coming up with new strategies to leave you with nothing but bones to gnaw on.

Did we miss something? Feel free to share what you believe are the biggest myths or misconceptions about affiliate marketing in the comments below!

Next article How to Monetize Email Campaigns