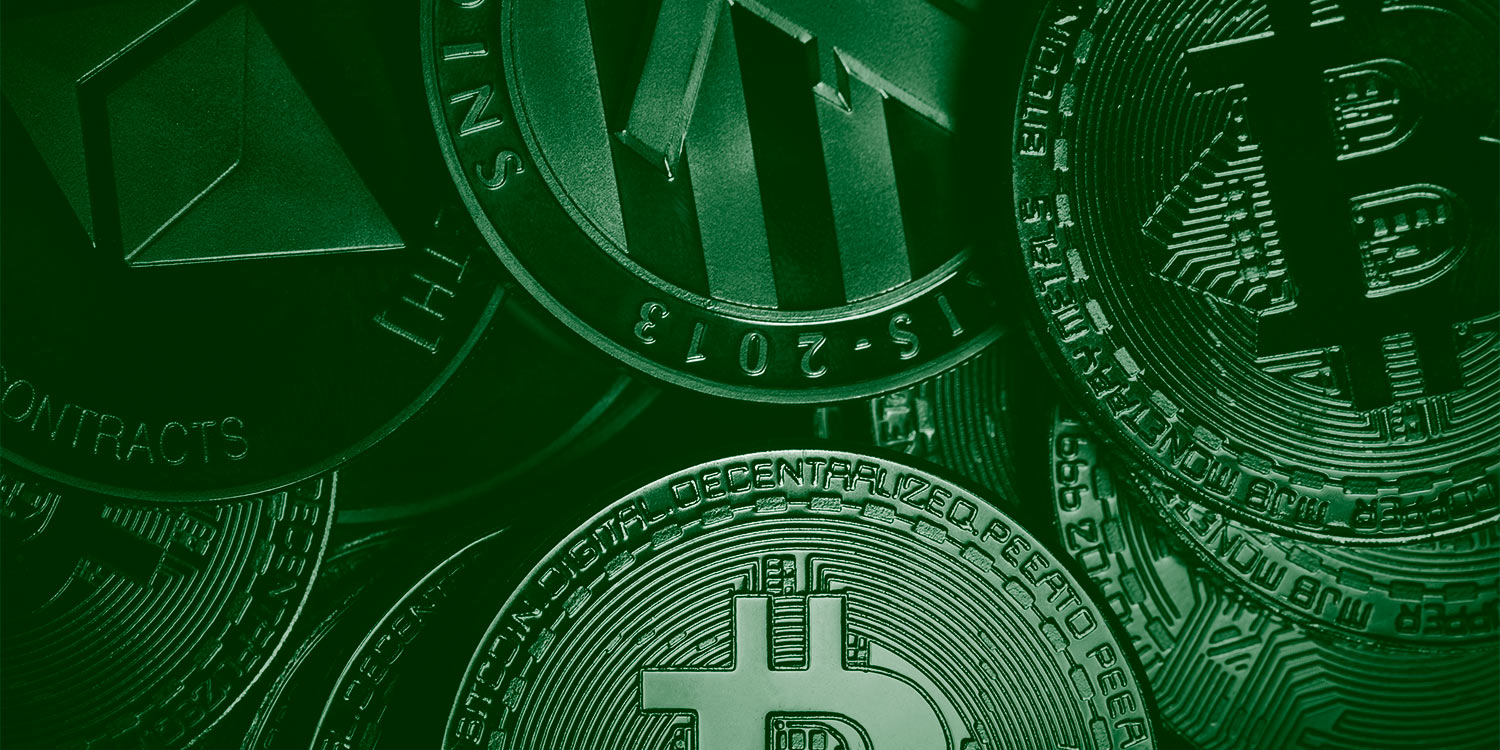 Even if you don’t know a thing about crypto, you’ve probably heard about it. Everyone and their mother wants to invest in crypto. For affiliates like you, this is a golden opportunity!

Update (2022): CrakRevenue affiliates can now get paid in Bitcoin! 💰
(Conditions and restrictions apply)

Cryptocurrency: How It All Began

Two months later, the Bitcoin network is successfully launched after the mining of the first ever block on the chain — a public ledger containing every processed transaction.

This new technology known as “blockchain” promised a few things that really set it apart:

The most defining feature of Bitcoin is being a decentralized currency. As such, no one has total control over the coin. It’s run by a network of computers and volunteer coders.

For investors, a totally open-source technology has many advantages over the traditional banking system. Which leads us to the next point…

Bitcoin or more precisely its underlying blockchain technology can’t be tampered with. Its source code can be accessed whenever needed.

The transparency of the blockchain is crucial.

Since all data is embedded within the network, there are no nasty surprises. In order to corrupt the blockchain, incredible computing power would be required.

Since the nodes in the blockchain are distributed, it is nearly 100% immutable.

The effort needed to modify an accepted block is simply not worth the time for an attacker who would rather play it fair & square by mining Bitcoin.

Great news: Paying with Bitcoin doesn’t have to be linked with your real name.

In that regard, it’s pretty close to cash-only transactions.

Since each transaction is associated with an electronic address, it’s harder to trace them back to you.

However, the better way to describe Bitcoin’s anonymity is in fact pseudonymous privacy.

If you’re looking to be completely incognito, you’ll have to use other cryptocurrencies such as Monero, Verge or DASH.

Another huge advantage of cryptocurrencies over fiat is very low fees.

Banks all too often slap hefty fees on transactions.

Apart from third-party management services for their online wallets, crypto users don’t have many fees to worry about.

This is all possible because of the blockchain technology and the fact you actually own something and effectively cut out the middleman.

Even though Bitcoin promised a lot of things, it still took years before reaching significant numbers.

Multiple reasons explain why it took until around 2013 for Bitcoin to break the $1K barrier. To name a few:

“We’ve always felt that bitcoin, given its properties, is gold 2.0,” said Cameron Winklevoss — one of the first bitcoin billionaires — to CNBC in December 2017.

The comparison isn’t that far-fetched: both act as reference points in their respective markets and are driven by supply & demand.

Things start to get more complicated when the concept of intrinsic value gets added to the mix.

It’s debatable whether or not gold has any intrinsic value. Yes, it’s used for manufacturing and jewelry purposes. It’s tangible. It has a rich history. All characteristics Bitcoin can’t claim.

On the other hand, Bitcoin’s value could come from its utility and scarcity. It has a limited supply and clear applications. Also, you can’t just unearth a trove of Bitcoins — something that could happen with gold.

Another interesting question regarding crypto as a whole is if we are currently living a financial bubble of historical proportions.

Economist Jim Rickards believes so. “It’s clearly a bubble — it looks like the second biggest bubble in history after tulip mania,” he declared in a video.

Both sides use valid arguments to defend their positions, though it seems like cryptocurrencies are here to stay.

In fact, mobile-based cryptocurrency payments are booming in Africa. And that’s just the tip of the iceberg, with more governments embracing the blockchain technology as of late.

Cryptocurrency: The Floodgates Have Opened

Just how popular are cryptos with the average Internet dweller?

Take a look at this keyword overview for the term cryptocurrency:

In December 2017, major exchanges were forced to stop registering new users due to a large influx of user sign ups… 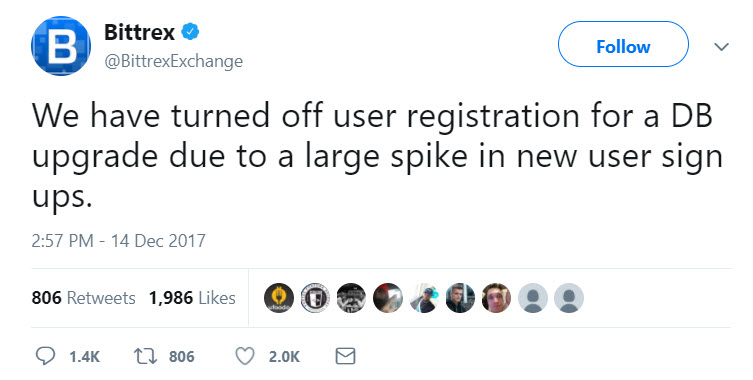 People flocked to the exchanges persuaded they, too, could become rich quickly by investing into Bitcoin or one of the many altcoins out there today.

Some, like that guy, went as far as to borrow 500k to buy Bitconnect before it nosedived — to put it mildly. (Pro Tip: don’t be that guy!)

Today, Bitcoin is back to a more reasonable $11,185. Even if the market has been mostly red in the last two months, the crypto mania rages on.

That’s where you come in as an affiliate.

People are looking to buy cryptos even though Bitcoin lost half its value in a rather short period of time.

Don’t underestimate price memory and the self-fulfilling prophecy. Your everyday Joe heard that Bitcoin once was at $20k and doesn’t want to miss out on the next upswing.

The niche is in its infancy, so it’s a wise move to act now: the early bird gets the worm!

How do you profit from cryptos unless you have a great technology and create a coin?

Here’s 3 ways to achieve so.

The first one is to sign up for an exchange like Bittrex or Coinbase as an affiliate. Then, simply add your referral link on your website and get paid for every sign up you generate. This strategy works wonders if you have blogging skills, if you’re selling an ebook, etc.

The second idea is to join a CPA Network like us and promote one of our many crypto offers. Unlike exchanges and their low commissions, you can make a killing with PPS and Revshare here.

Last but not least, you could invest in a coin yourself. Be warned though: never invest money you’re not willing to lose. As for which coins are worth it — we’ll let you do your homework. Mostly, you’ll be looking at a coin that…

You could also add a website such as CoinMarketCap to your favorites (Disclaimer: this website can become quite addictive!). This allows you to see what’s trending (or not) in the market.

Here at CrakRevenue, we know how important it is to stay on top of things.

Crypto is a hot trend. The figures speak for themselves: it has become mainstream.

For the past few weeks, we’ve been hard at work developing a new custom tool for our affiliates.

It still needs a bit of time in the oven, but it won’t be long before you can use our soon-to-be new Cryptocurrency Smartlink!

That’s right — with 10+ top converting crypto offers built-in, you’ll send your hungry-for-cryptos traffic to the best landing pages according to their preferences. Talk about efficiency!

What’s your opinion about the cryptocurrency business? Maybe you’ve invested some money yourself? We want to know! Share all the details below.